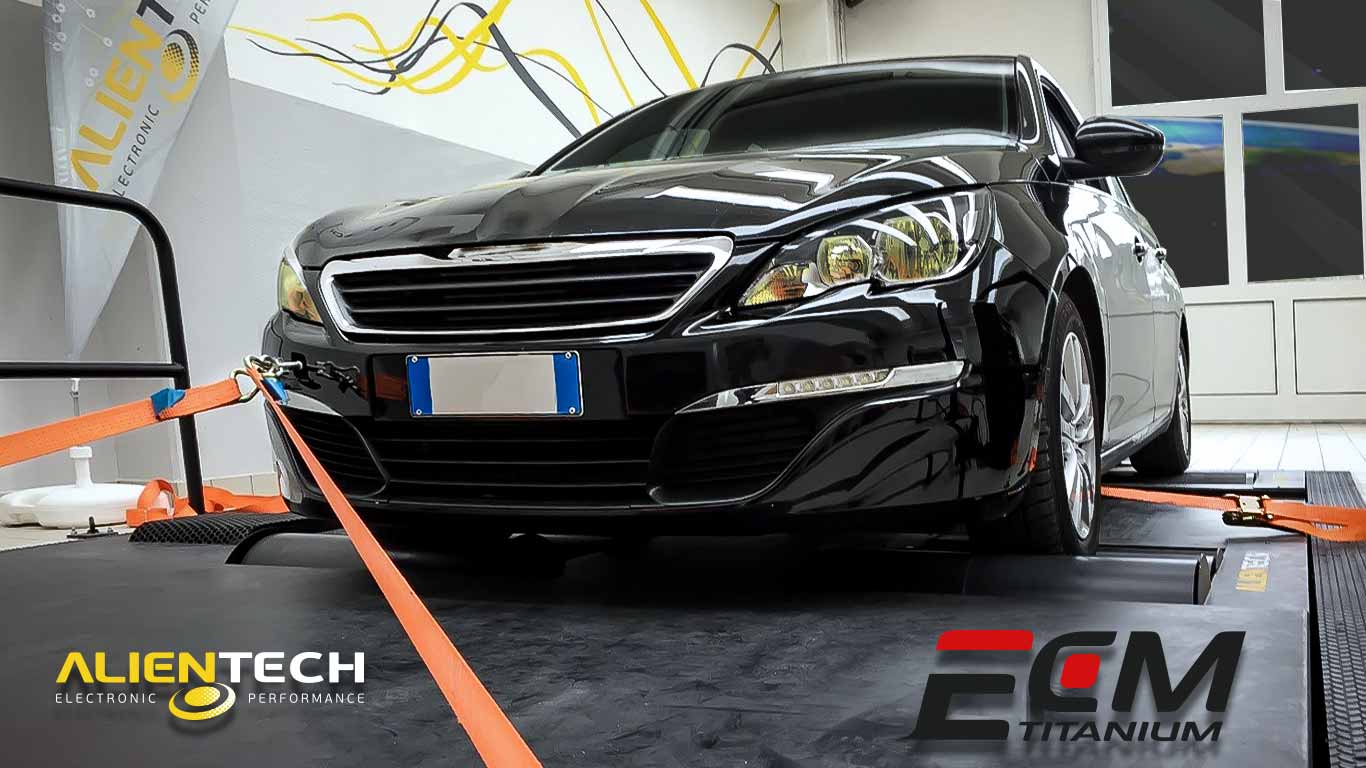 Posted at 13:11h in Tech Deepening by Alientech

Today’s study focuses on a Peugeot supporting with a 1.6L e-HDI 115HP engine and a Siemens SID807 control unit.

Heir of Peugeot 307, manufactured from 2001 to 2009, the 308 series has been the first car of the Sochaux company to keep its name unchanged from one generation to the other.

When the career of the first 308 series was still at its peak, the managers of the PSA Group started wondering about what name to give to the next model of the car.  A normal reasoning would have led to name it 309, but the title already belonged to a previous model manufactured by Peugeot. Therefore, they chose to keep the 308 designation unaltered and changed the naming standard for all future models: the models sold in already-affirmed markets would keep number 8 as last figure, while the models conceived for the developing markets would use number 1.

The second 308 series was presented to the public in Summer 2013, yet the true debut happened on September 12th at the Frankfurt Motor Show; the car is officially sold to the European market from September 21st.

Here are some of the main technical features of Peugeot 308

The work of car designers has never been easy, and today it’s even more difficult, since new technologies have opened up to a new front, also in the automotive sector.

I-Cockpit is not “just” the dashboard or display, it’s the whole environment surrounding the driver. Beyond the shapes, that are clearly inspired by the next future, the first feeling when you are in the driver’s seat is that everything around you is under control. The steering wheel is even smaller than the past one, allowing a 100% free vision on the dashboard, that boasts high customization and animation levels of strong “impact”.

The e-HDi engines (DV6TED4, DV6C) differ from the normal HDi engines because they are coupled with a new second-generation Stop&Start device, consisting of a reversible alternator replacing the flywheel, that has two functions: it is both a generator and a starting device when the vehicle drives off.

In such a way, the Stop&Start system concept, introduced in 2004 by the PSA Group with Citroën C3, is further developed in the framework of reduction of polluting emissions and imposes the e-HDi engines again as a reference point in this sector.

Since the end of 2013, this system has also been applied to gasoline engines, under the VTi designation.

The operation of an e-HDi engine is similar to that of any other engines fitted with a Stop&Start device, with the difference that the engine does not switch off once the vehicle stops, but already under 8 km/h, and it restarts as soon as the vehicle drives off. In few words, when you decelerate, the synchronous engine used acts as an alternator, supplying up to 2.5 kW electrical power and acting as an engine brake.

When you restart, the alternator reverses its operation mode, becoming a synchronous engine and converting the input electrical energy into mechanical energy, which allows the rotation of the crankshaft, then the re-ignition of the diesel motor.

Among the characteristics of this reversible alternator, there is the fact that in restart mode, it can deliver a torque of over 50 Nm to the engine shaft, which is much higher than any average starting engine.

The advantages of an e-HDi engine compared to a conventional Stop&Start system lie in the remarkable reduction of consumptions, especially in the urban cycle: the intake of diesel is reduced by 15%, while emissions are decreased by only 5%, which is anyhow an encouraging result.

The brand-new BlueHDi (DV6FC) technology, used since the middle of 2014 on the PSA Group’s cars, is the new system for reducing polluting emissions, in compliance with the Euro 6 emission standard. The treatment of exhaust gases is performed using the AdBlue additive and FAP® (Diesel Particulate Filter)

The anti-pollution BlueHDi technology is applied on new-generation 1.6 and 2.0 diesel engines.

The BlueHDi technology aims at strongly reducing emissions of nitrogen oxides (NOx) by means of SCR (Selective Catalytic Reduction), the technology for post-treatment of Nox. Besides, its new position over the FAP (additive particle filter) allows to reach record reductions of NOx (up to 90%), eliminating 99.9% of particles, even the finest ones and allowing a faster treatment of the emissions when the engine is started.

The reduction of NOx does not affect car consumptions or performances, thus avoiding negative consequences for CO2 emissions.  Such goal was reached by applying three strategic features: engine optimization (with a new combustion chamber), weight control (-7 kg) and the use of auxiliary systems limited to what is strictly necessary (from oil pump, to coolant pump).

Selective catalyst reduction (SCR) is a chemical process for the reduction of NOx in exhaust gases. The SCR devices are used both in industrial combustion and in internal combustion engines of mobile applications (such as in cars).

A gaseous or liquid reductant (typically ammonia or urea) is added to the exhaust gases in the presence of a catalyst. The reductant has the strong inclination to absorb oxygen, thus limiting the creation of NOx within the exhaust gases and producing H2O (water vapour) and N2 (nitrogen).

Inside cars, the reductant used for the chemical reaction is a specific product, the so-called AdBlue, a solution of urea and deionized water.

The main reasons supporting this choice are:

The typical system applied on land traction vehicles is made up of the following parts:

How to find and read the control unit?

With KESSv2 it is possible to perform ID and writing operations directly through OBD with family 379. After performing ID, just send a request for the original file from our database: the corresponding original file will be sent and you will be able to perform writing.

Thanks to the K-TAG tool and the more common Tricore activation, family 320, plugin 320 we can create a backup of the ECU and modify all the engine parameters.

The kind of connection available is a direct one, these are the requirements:

The driver consists of 28 maps (if we consider the similar maps, we count up to 210 maps) divided into the following categories:

It describes the torque requested during acceleration conditions, it does not take into account frictions and dispersions neither. It is expressed in Nm according to the engine revolutions and air mg/Stk.

It expresses the maximum torque Nm that the engine can deliver.

It indicates the torque during the engine start-up depending on the engine revolutions and water temperature (ECT: engine coolant temperature).

On the basis of the rpm and torque (Nm) the number of mg/Stk of diesel to be injected is determined.

This map indicates the injectors opening time in ms. It is calculated according to the rail pressure (MPa) and fuel quantity injected (mg/Stk F).

Rail pressure depends on the engine RPM and the quantity of fuel injected.

Turbo pressure depends on the engine revolutions and torque Nm.

Then we have a limiter of turbo pressure that reaches 3,000 mbar which also depends on the engine RPM and the torque expressed in Nm.