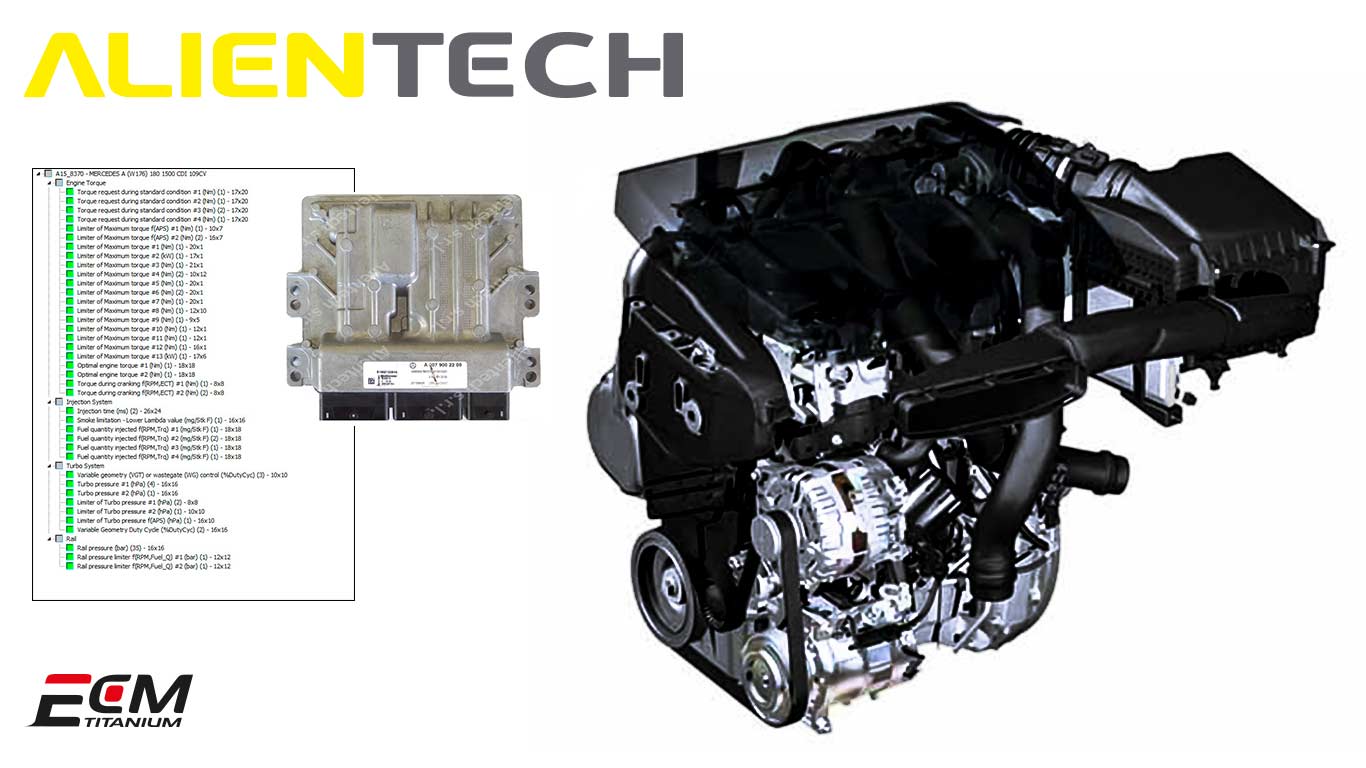 Posted at 09:13h in Tools Update by Alientech

Today we are going to explore a Mercedes A180 supporting with a Renault-derived 1.5L CDI 109PS engine with 260Nm torque fitted with a Continental SID310 control unit.

Here is a summary of the A-Class history 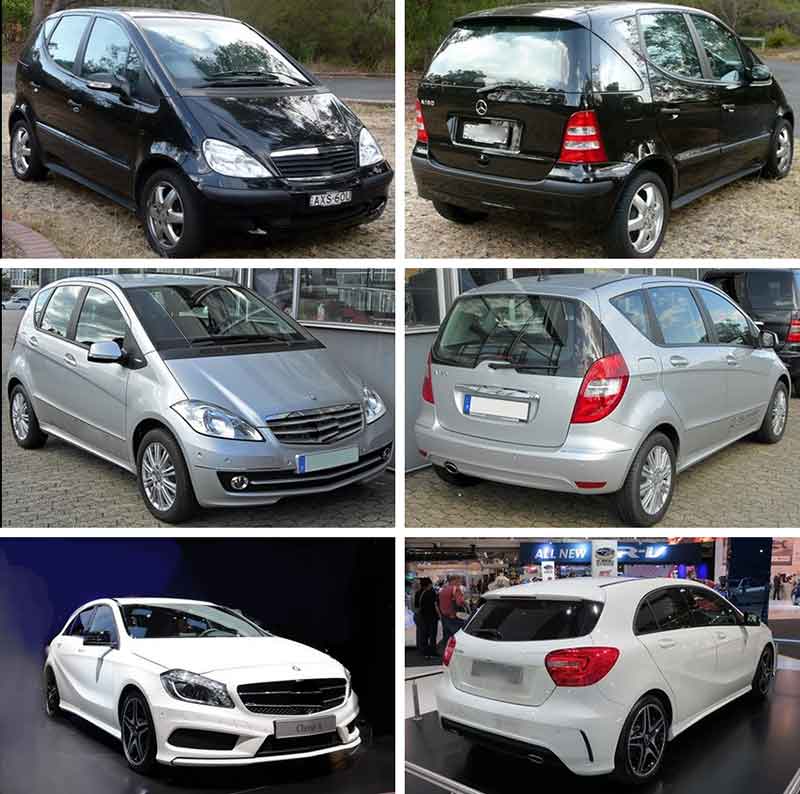 The very first model was the W168 (1997-2004), followed by the W169 (2004-2012) and lately by the W176 model (since 2012).
Twenty years ago, it represented a true revolution for the three-pointed star brand because there had never been a Mercedes like this before: a small car with front-wheel drive. The aim of the German company was to enlarge its range to unexplored market segments.

With as little as 3.61 meters – as a Peugeot 106, A-segment – its volume (and price) can be yet compared to a C-segment car (like Volkswagen Golf). MUV design.

The sandwich-like structure providing alle the “magic” of this small Stuttgart’s vehicle is both a blessing and a curse for the A-Class. That’s really true! When you open the car doors you can’t believe how much space it unveils, both for passengers and goods. The boot, by way of illustration, boasts a capacity of 390 litres, which become 1,340 when you lower the rear seat backs. The car is high and it can be inferred looking at its shapes. The legroom is also absolutely surprising. What is A-Class’ secret? It’s all in the sandwich-like platform with the engine bent forward: in a such a way, the engine area is reduced at its minimum, while the mechanics occupy the space underneath the driver’s and front passenger’s feet. This involves three great advantages: much space for the occupants, a compact car body and top safety.

Let’s now talk about safety: in case of front crash, the engine unhooks and slides under the car’s floor, while the survival cell remains intact and the energy caused by the impact is dissipated by the crumple zones.

But A-Class has been stopped by elks. Each market has literally its own hidden dangers: in Scandinavian countries, one of the greatest threats when you drive in wild areas is to bump into big-sized animals wandering in the middle of the road. This event may lead to a double sudden change in the vehicle’s direction. Since Scandinavian people are meticulous, they decided to submit all the new cars on the market to a special test simulating the swerve operation. Well, A-Class failed the test because of its high barycentre. The car literally goes upside down: due to the excessive load transfers it flips over.

At that point the Stuttgart’s company had two possibilities: either to admit and fix the problem or to neglect it, as other firms did and do even before and after the “A-Class” case.
Mercedes chose to withdraw the cars already delivered and temporarily suspended the sale of A-Class trying to find a solution. The result is one of the most brilliant image recovery the industry has ever implemented, not just for the automotive sector.

The car’s balance is modified and a new size of tyres is adopted, so that the car flips no more. There is something else to come. Mercedes understood that this was a precious occasion to turn the car not just into a “non-flipping-over” car but also into a “non-swerving” car, thanks to the evolution of electronics. They obviously grabbed the opportunity and installed the ESP as standard on the whole range.

The first re-styling of A-Class dates back 2001, the year when the long wheel base version comes out: now space is even bigger almost reaching an S-Class standard. The range also includes a special version dedicated to the McLaren F1 team (to which Mercedes supplies the engines) to celebrate the victory of the World Drivers’ Championship by Mika Hakkinen (a Scandinavian pilot, irony of fate) in 1998 and 1999. 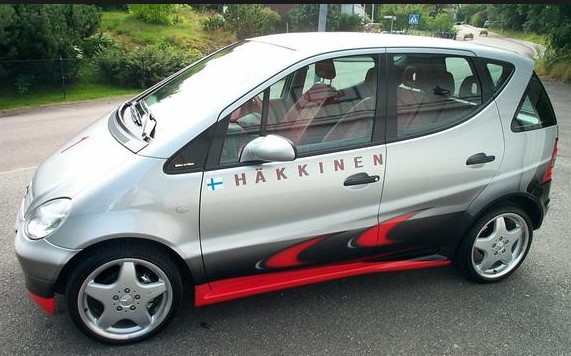 The second series dating back 2004 is 10 cm longer than the old A-Class. The car is larger but looses some personality and the extended version disappears: if the first generation was characterized by an innovative design while keeping the typical Mercedes quality, this second model is less “playful” and more geometrical. However, the ratio between the external dimensions and the liveability is still one of the best. Engines range from 1,500 95 HP to 2,000 193 HP, with the 1,700 116 HP and the 2.0 136 HP versions. Among the diesels, there is the 2.0 featuring three different power levels: 82, 109 and 140 HP.

A-Class – both first and second generation – is a huge success in Italy. The mix of practicality, design and strong brand image makes it a unique product. Unfortunately, the success is not as strong abroad so that Mercedes decides to release a totally different model in 2012. They wanted to directly compete with Audi A3 and BMW 1 Series, by investing on the very classic model of a compact two-box car with a sporty design. Loyal customers of the previous models felt “orphaned” by a car perfect for the family and the city, but sales figures show that Stuttgart’s strategists were right: the third A-Class is sold better than the others.

La vettura del nostro approfondimento monta motore (OM607DE15LA) che eroga 109PS a 4000rpm ed ha una coppia di 260Nm tra 1750 e 2500rpm.
The car we are focussing on today is fitted with a (OM607DE15LA) engine supplying 109PS at 4000rpm with a torque of 260Nm between 1750 and 2500rpm.
This engine can be considered as the first product of the joint-venture signed at the beginning of 2010 between Daimler-Benz and the Renault-Nissan group. This engine is strictly connected to the K9K 1,461 cm³ diesel engine, from which it takes the same dimensions, including the cylinder bore and stroke, equal to 76×80,5 mm.

Starting from the K9K 1.5 engine, largely widespread in Nissan-Renault’s production, Mercedes has made some modifications: they changed the intercooler, the alternator, the starter motor, the intake hoses and the engine supports. Besides that, the engine keeps the same characteristics of the origins, among which the single-shaft distribution with two valves per cylinder. Although formally outdated, this engine has often been described as one of the most modern and efficient engines of its category.

The assembly of the engine occurs in the Renault’s factory of Valladolid, so it is a Renault engine currently applied to Mercedes-Benz vehicles only.

Here under are the main technical features of the OM607 engine:

The same ECU can be found on Mercedes B-Class and Mercedes CLA both with 90PS and 109PS power.

How to find and read the control unit and the OBD2? 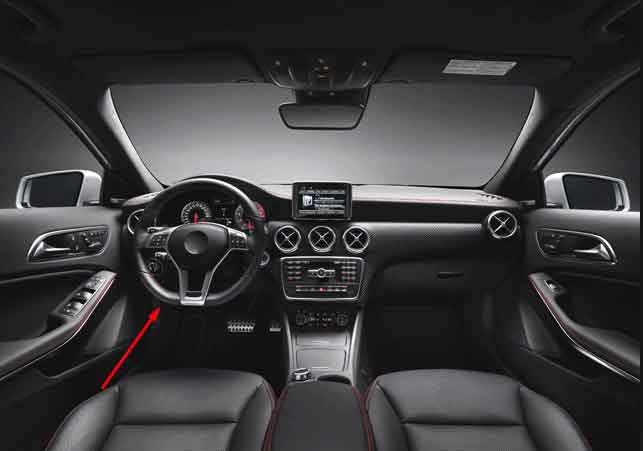 With KESSv2 it is possible to perform the reading and writing operations directly through OBD using protocol 616, after de-blocking the serial programming with K-TAG. 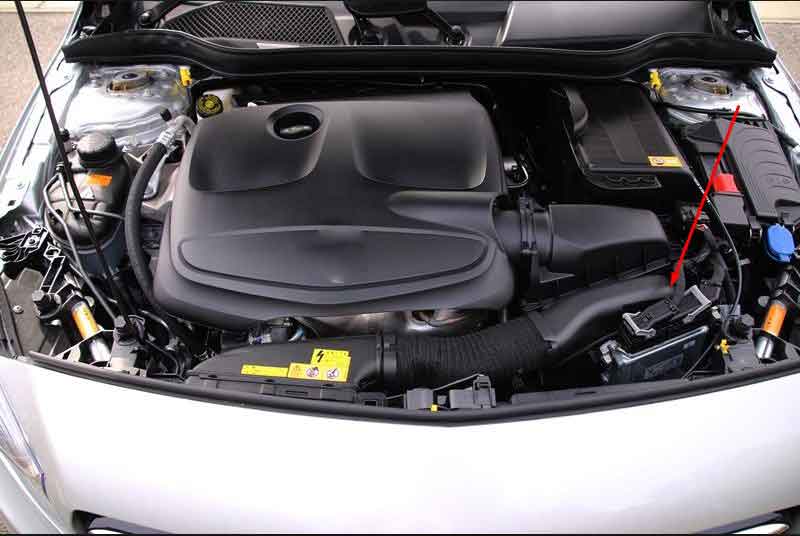 With the K-TAG tool and the more common Tricore activation, family 1000, plugin 1001 we can create a backup of the ECU and modify all the engine parameters.

You can read the ECU through the direct connections.
Required material: 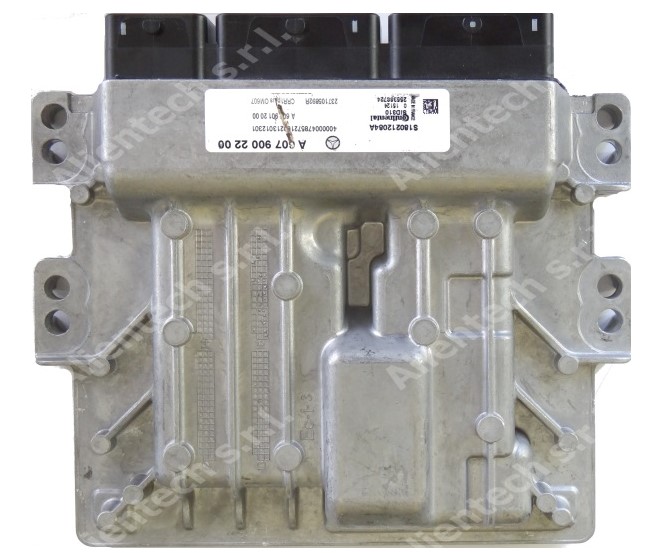 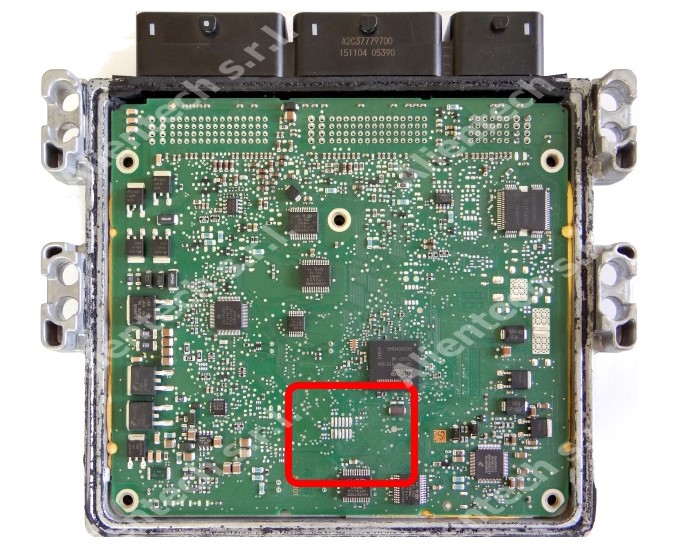 The driver consists of 87 maps divided into the following categories: 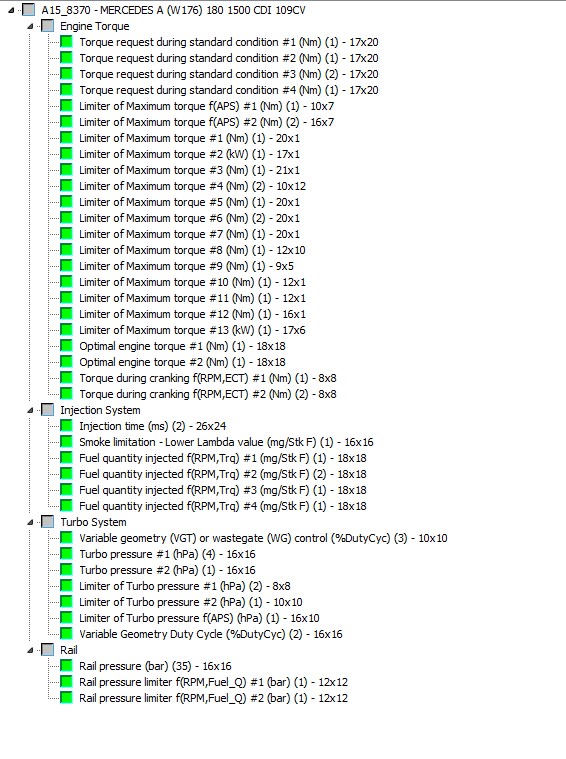 Let’s focus on the maps.

Maps that regulate the rail pressure depending on the motor revolutions and torque. They reach 1600 bar at the most

This expresses the maximum torque in Nm that the motor can deliver during standard conditions. Values are lightly higher because they are inclusive of the lost torque

The absolute maximum pressure you can get with the original file is 2600 hPa (about 2.6 bar). Turbo pressure depends on the motor revolutions and engine torque

Then we have a limiter of turbo pressure that reaches 2600 hPA (about 2.6 bar) which also depends on the motor RPM and the atmospheric pressure (hPA APS)