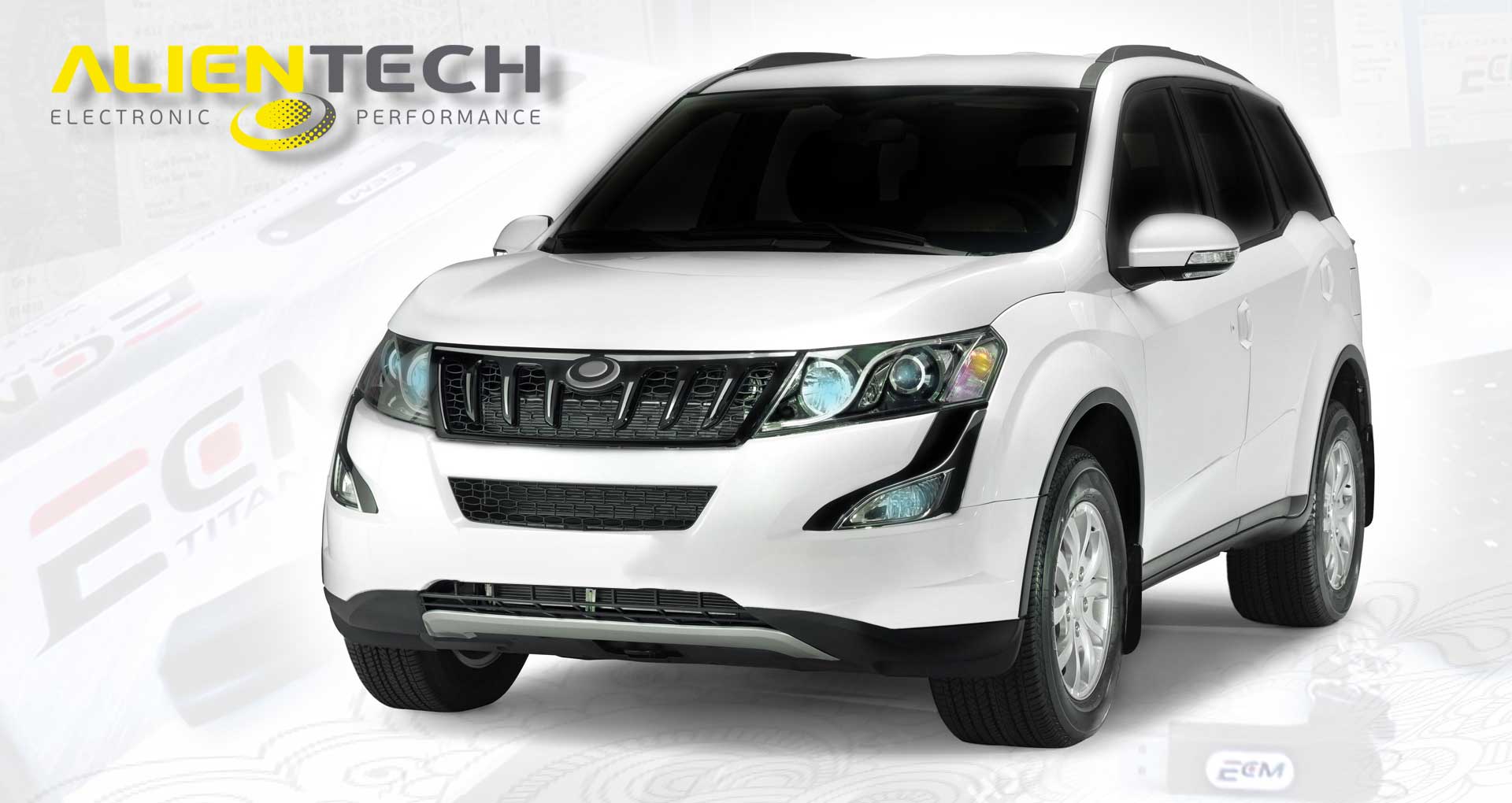 Posted at 08:00h in Tech Deepening by Alientech

Today we introduce the drivers of our ECM Titanium software available for the new Mahindra XUV 500. In particular, we talk about the 2.2L turbo diesel engine run by Bosch EDC17C63 control unit. Do not think that this vehicle is available in Asian countries only. With the 2016 Euro6 version and a light face-lift of the radiator grille, Mahindra has designed the XUV 500 for the global market. In fact, it can manage every type of terrain thanks to the four-wheel drive (AWD), Multi-Link suspensions for rear drive and McPherson suspensions for front drive.

This model was released in September 2011 with the Euro5 version of the 2.2L 140PS (103kW, 138bhp) m_Hawk engine. Its aspect is more captivating than the XUV 500, different from Scorpio and Goa models, making it possible to reach a quicker diffusion of this version in countries such as India and Italia but also Australia, New Zealand, South Africa and Chile.

In 2016, the Indian Mahindra & Mahindra manufacturer has needed to update the XUV 500 to the Euro 6 regulations using the same m_Hawk engine but with reduced emissions. Possible also thanks to the new Bosch electronics.

The development of the engine, mounted on many models traded by Mahindra, has been made in collaboration with the Austrian company AVL. The result is an optimum compromise between torque and power. The injection system is Diesel Common Rail direct injection.

Fuel is directly injected into the combustion chamber of every cylinder, and the Common Rail system pressure goes from a minimum of 300 to a maximum of 1580 bar, according to the engine operating conditions. Taking into account pressures of the injection system, they are particularly lower than the current standard of about 1800 bars. Injectors mounted on m_Hawk 140 are not of piezo-electric type. Therefore, they do not support too high pressures. Remember this when you process this engine!

This system enables to maintain compression efficiency and high torque from 1600 to 2800 RPM, using a turbo compressor that is not too big in size. Closed vanes at low engine revolutions help maintain high torque levels (see the picture on the left). With high engine revolutions, vanes are opened because the quantity of exhaust gas is higher, forcing their direction towards the centre of the turbine (see the picture on the right). This allows reaching a higher torque even at medium-high rotational speeds. Sometimes, small is better!

It is possible to change the turbo pressure control signal expressed in “closing percentage” of the variable geometry, using the corresponding maps.

Or changing the turbo working pressure.

How to read the control unit?

Alientech offers the possibility to open the ECU and connect the K-TAG. At present only this solution is available to complete Tuning on Mahindra XUV500.

Where to find the ECU XUV500

Lift the bonnet and you will find the control unit on the right side of the engine: next to the fuse box. You first need to remove the plastic cover of the engine to easily access it.

Didn’t you find it? No problem!

Below there is a simplified design showing where the ECU is located inside the engine compartment.

The list is long if we consider how easy this engine is!

It includes all maps you can use to change the performance of this vehicle.

For the second and higher speeds, the torque is limited to 335 Nm. A value a little over the torque declared by the manufacturer: 330 Nm. You shall start from here to increase the performance of the m_Hawk engine.

Let’s now compare the values of the map to the next limiter.

The map shows the maximum value of 340 Nm at 1500 engine revolutions [RPM] and for all speeds [Gear] from Neutral (0) to the sixth (6). The value is slightly above the value of the Second Speed Maximum Torque.

It is certainly necessary to change both of them (in percentage or in absolute value), using the same maximum value to avoid the ECU Bosch identifies the presence of an error in the computation of the engine torque delivered.

Have you ever noticed that the engine does not accelerate even if torque maps have been changed? Maybe you forgot to correct maps referring to the limitation of fuel quantity injected.

Always remember that the engine generates higher torque if the quantity of Diesel injected is enough.

It is necessary to deeply understand the meaning and purpose of this map. It often happens that to reduce smoke venting you need to increase (therefore, anticipate) the injection phase to allow that fuel is first injected and then totally burnt, so reducing the smoke present in the exhaust pipe.

You can observe how proportional and homogeneous the 3D-structure of the injection map is. There are no sudden fluctuations (steps) which may cause that noisy ticking of the engine at an idle speed or undesired smokes at high revolutions.

As the Common Rail system pressure cannot be increased that much, as said before, these are the possible options:

The map determines opening in micro-seconds [us] of the injection, depending on the fuel pressure expressed in [bar] and on the quantity of fuel to inject per cycle, expressed in [mm3/Stk]

That’s all folks! Until next news.