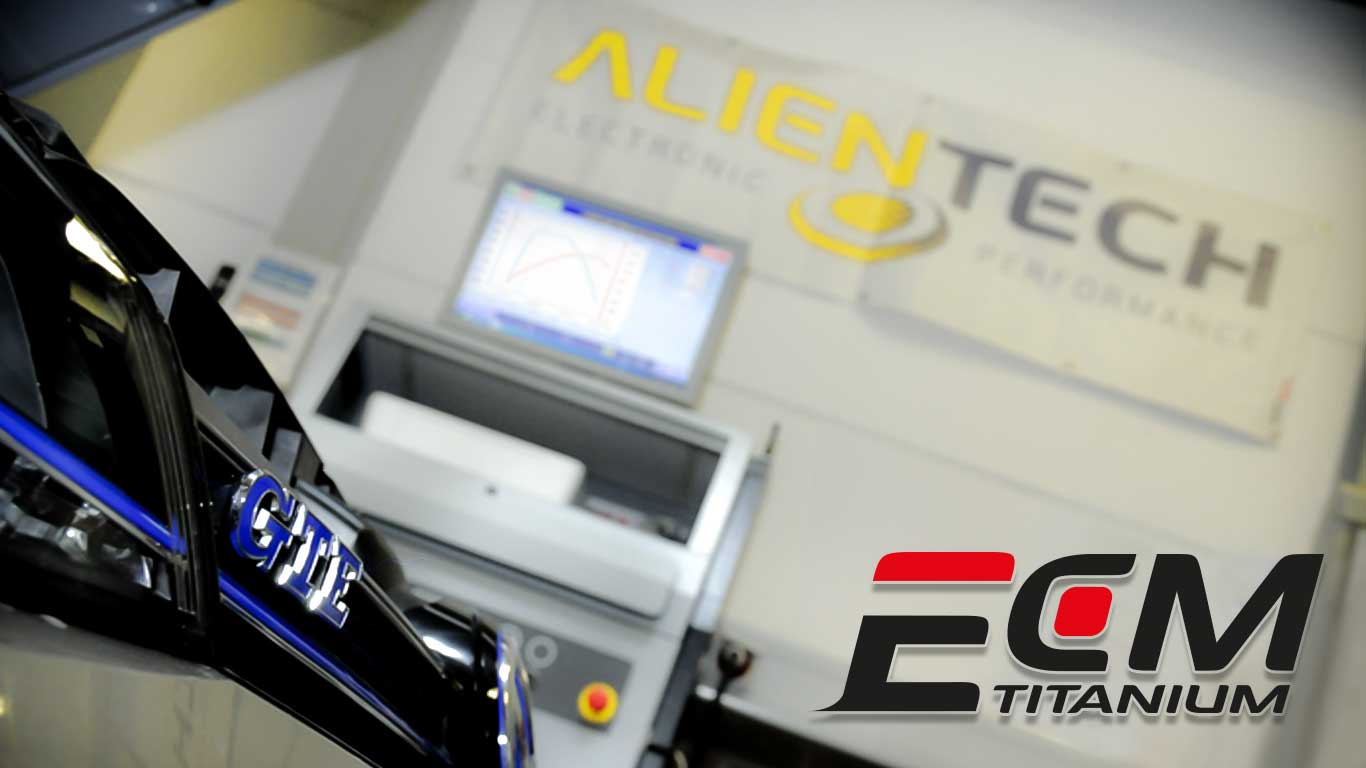 Posted at 12:54h in Tools Update by Alientech

Today’s focus was made possible thanks to the collaboration with Alientech Store Karlsruhe and Lang Power Solutions, in Germany.

We concentrate on a very popular vehicle, with incredible sales numbers: built since the spring of 1974 in its first version, arriving to the seventh version currently traded on the market. The number of vehicles sold among the various models proposed, is extraordinary also thanks to the variety of gasoline and diesel versions offered to please everyone: from the young man who approaches the German car world to the pensioner who decides to buy a reliable as well as “good-looking” car.

Today, we focus on version VII that, as always, offers solutions within reach of all. In addition, also thanks to the GTE version, VW enters the “sporty hybrid” world, offering a vehicle that promises consumptions never seen before for a gasoline car. 66.7 km/l and emissions from 35 grams/km.

All this is completed by a perfectly linear torque that, thanks to the electric engine, reaches 350 Nm and a power of 204PS (150kW), easily comparable to the sportiest version, the GTI, that reaches 220PS.

Always in terms of performance, here are some data to get an idea of what to drive this vehicle would be like: from 0 to 100 km/h in 7.6 s (from 0 to 60 km/h with electric engine in 4.6 s) and a maximum speed of 222km/h which can be easily reached also thanks to the DGS six-speed double clutch gearbox, specifically designed for this model: not bad for a 1.4 TSI. The weight, in running order, slightly exceeds one ton and half (1540 kilos) and, considering the batteries that have a total weight of 120 kg, we have to admit that VW has worked hard to create a balanced vehicle.

But first of all, the gasoline engine

The VW gasoline engine is the 1.4 TSI, 150PS version (110kW), EA211 generation (CUKB). It can generate 250Nm at 1600 RPM and maintain them up to 3500 RPM. The engine is the same used for the slightly upgraded TGI (turbo-methane) version and is also equipped with an intake variator so as to maximize the efficiency and obtain the less fuel consumption possible.

The 1.4 by VW is made in aluminium to limit the weight (only 102.8 kg) and thanks to the turbine, can reach its maximum PS at only 5000 RPM. The consumption of the gasoline engine is only detected when driving on a highway because it is not possible to use the electric engine, and can be maintained slightly below 18 km/l also thanks to the lambda 1 carburetion so to have the least possible emissions. Even if batteries are not visible, one can understand that the engine version is not the classic turbo-gasoline when the bonnet is open: the 1.4 assembly has been slightly moved to the left to leave space to the different components designed for the hybrid engine recharge.

And now some information about the electric motor

The electric engine can develop 102PS (75kW) at 2500 rpm and allows the Golf, in a totally electric mode, to run 50 km at a maximum speed of 130 km/h. Ion lithium batteries can provide 8.7 kWk , have a 8-year or 160k-km warranty by VW and “only” weigh 120 kg. On this medium sedan car, the battery weight is not too much influential but the space batteries occupy: batteries are located in the rear part of the passenger compartment and “steal” space to the inner compartment and the luggage compartment, so reducing its capacity from 372 to 272 litres.

Batteries can be recharged in three different ways: directly in a domestic environment in 3.5 to 4 hours with an absorption of 2.3kW, but time can be reduced to 2 hours if a wall-box is used and installed directly at home, in the garage, or if recharge column stations are used. Thus, recharge is possible via the inlet hidden behind the big VW logo, on the car’s front.

E-Mode: if the “E-Mode” button is pressed or the “E-Mode” function is selected from the infotainment system, you decide to only use the electric engine. In this way, you can drive without noxious emissions and noise, but with a respectable torque, reaching a maximum speed of 130 km/h on a distance of 50 km.

Hybrid-Mode: if the “Hybrid” button is selected from the infotainment system, both propellers are activated and deactivated automatically, depending on the driving situation and the battery charge level, and work to maintain the battery charge at a constant level. This mode enables to significantly reduce average consumptions, in particular in case of long distances.

GTE-Mode: for those who love gritty driving and the typical captivating sound of the engine, the GTE traction mode has been provided. Press the GTE button to turn the drive to the sportier mode. The forces of the gasoline engine and the electric engine are joined together and work at a full speed, allowing the New Golf GTE to discharge all its power onto the road asphalt surface. Golf GTE goes from 0 to 100 km/h in 7.6 seconds and reaches a maximum speed of 222 km/h. Thanks to its four operating modes, the New Golf GTE is suitable for every type of track. And for your driving style.

Where to find the control unit

How to read it

With the K-TAG and the more common Tricore activation, family 689, plugin GPT 800 we can create a backup of the ECU and completely manage all the parameters adjusted from the engine control unit.

The ECU can be read with the positioning frame and SMD grabber probe, using:

Or via direct connection and SMD grabber probe:

Let’s now analyse the main maps available in the driver

This map is used by the ECU as a calibration for MAF, and shows air kg/h measured by the MAF according to the throttle valve opening % and the filling rate of the inner cylinder: if the intake air quantity sensor is replaced, this map can result very useful.

Here it is one of the most important maps on last generation control units by Bosch: the map converts percentage values referring to the pedal pressed in torque to be developed for the engine. This map is expressed on the basis of the number of engine revolutions and the accelerator percentage. Please observe that, in this specific driver, there are various maps referring to the demanded torque that the control unit decides to use on the basis of the current operating condition of the engine.

The optimum engine torque map is very useful to understand the engine potential, or how much can we push thanks to re-mapping: in particular, we can immediately understand that the engine does not achieve the maximum torque possible in its original condition. But let’s see how it works: based on the number of engine revolutions and the percentage of air entering the engine, this map manages the torque developed.

This map represents the compression ratio [CMPratio] as a function of engine revolutions, of course the eight-cycle ratio, and the atmospheric pressure directly measured by the APS sensor located inside the engine control unit. As easy to guess from the map 3D shape, the pressure peak is reached when the number of engine revolutions achieves the maximum torque; the compression ratios gradually decrease as the number of revolutions decreases so as not to excessively overheat the turbine with consequent damage.

Let’s now talk about carburetion and, in particular, the Lambda desired. Here we have the Lambda desired for the engine so that consumptions and especially polluting emissions are reduced at the least. This map is used by the ECU in normal operating / closed loop conditions, and is based on the percentage of torque calculated by the control unit (in this case, it exceeds 100% due to hybrid operation) and the number of revolutions. Pay attention: this carburetion is the objective but the ECU cannot always use perfect carburetion Lambda=1.

The driver contains the map used for the protection of components that could be damaged with too high exhaust gas temperatures (C° EGT). This determines richer carburation on the basis of rev number and % of air entering the engine.

In order to adjust the third most important parameter of a gasoline engine, ECM titanium also offers you the possibility to change advance degrees that the control unit uses as a reference to determine the exact moment when the spark is primed and thus combustion starts inside the cylinder. Also in this case, orientate yourself inside the map because the axles are always based on the number of revolutions and the % of air entering the engine.

Results after the recalibration of the engine management mapping

Results achieved after some tests: power 242PS (178kW) and maximum torque 396 Nm, very close to the value limits set on the trasmission of this vehicle.

With the Golf GTE, similarly to other hybrid cars, particular attention should be paid to the hybrid electric system (HV). High-voltage cables are identifiable by the insulation and the orange connectors. To work on the ECU it’s not necessary to dismantle parts of the hybrid system.

Let us remember that working on a high voltage system can be very dangerous and that it should be done by qualified personel only.