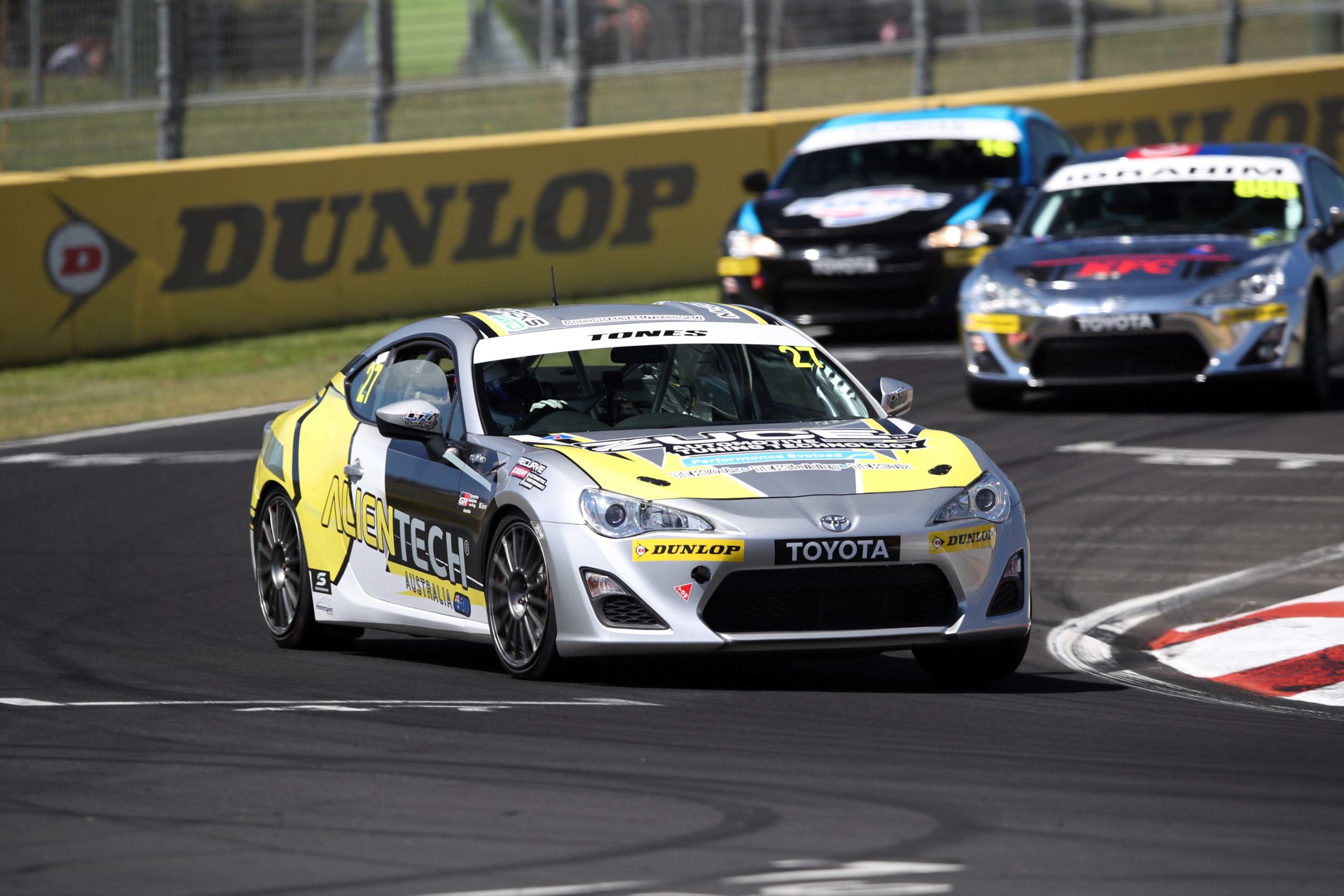 Posted at 06:52h in Events and Fairs by Alientech

The race was the first race meeting for the season and the Toyota 86 series is a support category for the main series, the Supercars Australia.

This race was the Bathurst 500 at the world famous Mt Panorama Track.

26th February – Practice 1 on Friday morning was cancelled due to fog on the lower half of the rack being too heavy to see for the drivers. So we missed out on valuable track time for Zayd to be able to get familiar with the circuit early on in the event. This track is not a very forgiving track, one little mistake across the top of the Mountain and your car is a wreck and the weekend would be over.

26th February – Practice 2 on Friday afternoon, Zayd got a full 7 lap session in, he started very slow just trying to get used to the circuit but improve his times every lap, but as expected was a fairway off the pace of the leaders in the session we were also running on much older tyres then the other cars in this session due to the rules around tyre used for practice. His car was very good in this session and well balanced.

27th February – Qualifying on Saturday Morning, we had a wet track, making it even more difficult for Zayd to get the fast laps in that he needed to get on the pace as he still didn’t have his confidence up around the circuit at this point. Then to compound it, the session was red flagged 2 laps in because one of the cars hit the wall on top of the Mountain. This left the session time certain and only giving us 1 flying lap to qualify. Zayd managed to do his fastest time to this point of the weekend but it was still not close to the leaders, leaving us starting from 25th on the grid from 32 cars. The car was again very balanced, but with the conditions and the lack of track time Zayd was unable to push the car to its limit in this session. 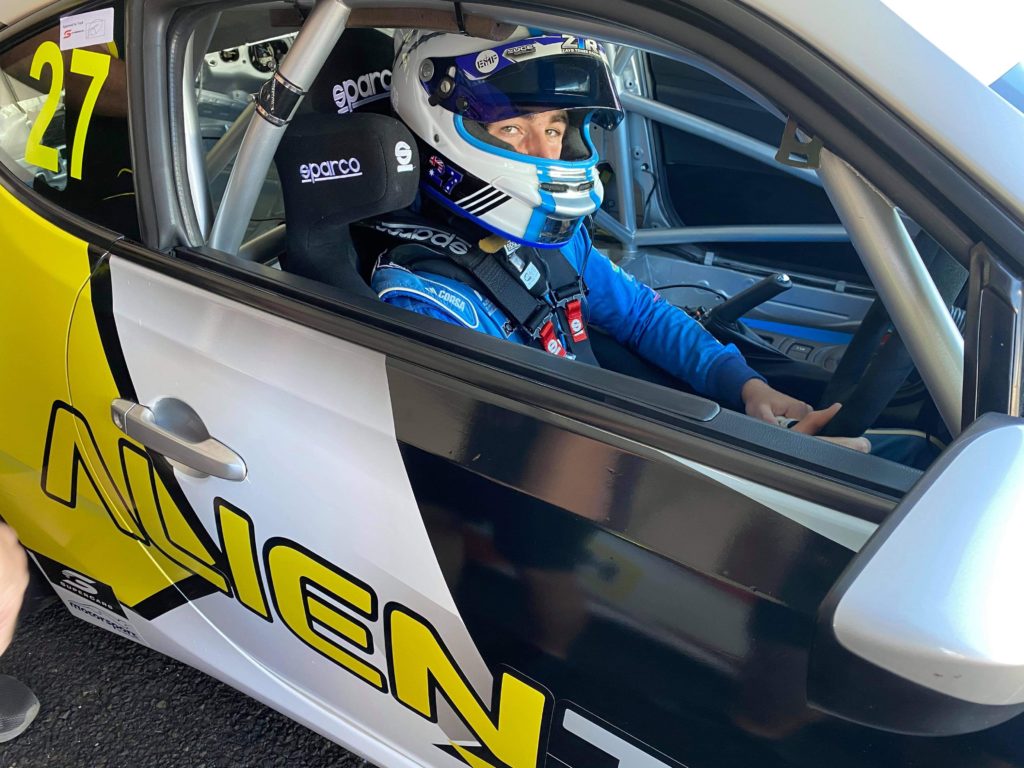 Zayd Tones commenced his racing career at the age of 8 and has become one of the most highly ranked, talented and respected young drivers in the motorsport arena, racing locally, nationally and internationally over a 5 years period.

Race 1 – Saturday afternoon, the weather cleared up to make for a nice dry track. Zayd didn’t get a great start, but recovered the couple of places he lost at the start during the race before finishing 26th. He did continue to improve his lap times during the race to the point that his times were now matching the guys running in the top 15 places. The car was again setup and well balance.

Race 2 – Sunday Morning, this was the best session for the weekend to race and put in fast lap times as the temp was cool and the track gripped up and fast, Zayd got a much better start in this race but got caught out being a bit too cautious at the first corner and lost 3 places; from there he started to find his feet and began to put much faster lap times in, he also put his fastest lap time for the weekend in this race which was good enough to be in the top 10. He passed a few cars in the last few laps to finish back in 26th. Much improved race and times from Zayd in this session and was starting to get closer to the cars potential but still not quite there.

Race 3 – Sunday, was by far the best session Zayd had, started 26th, got a very good start and passed 6 cars during the race, 2 on the last lap to finish 20th and his best result for the weekend. The lap times in this race were much slower due to the heat making the track slower, but Zayd’s times during this session were still top 10 lap times. The car was still balanced very well during this race and still had more time in it. 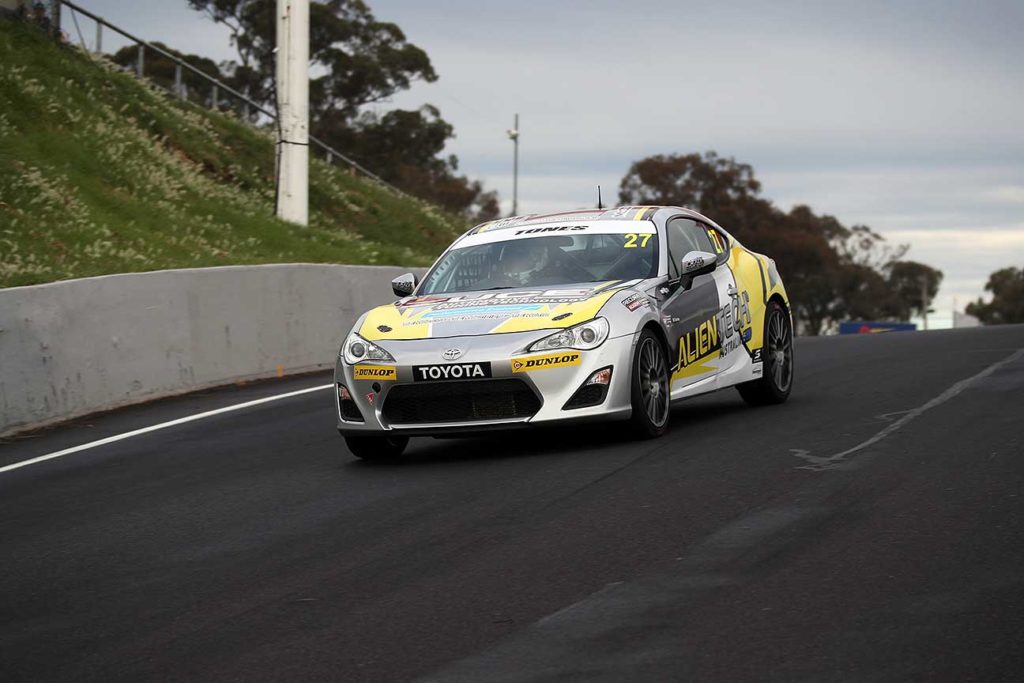 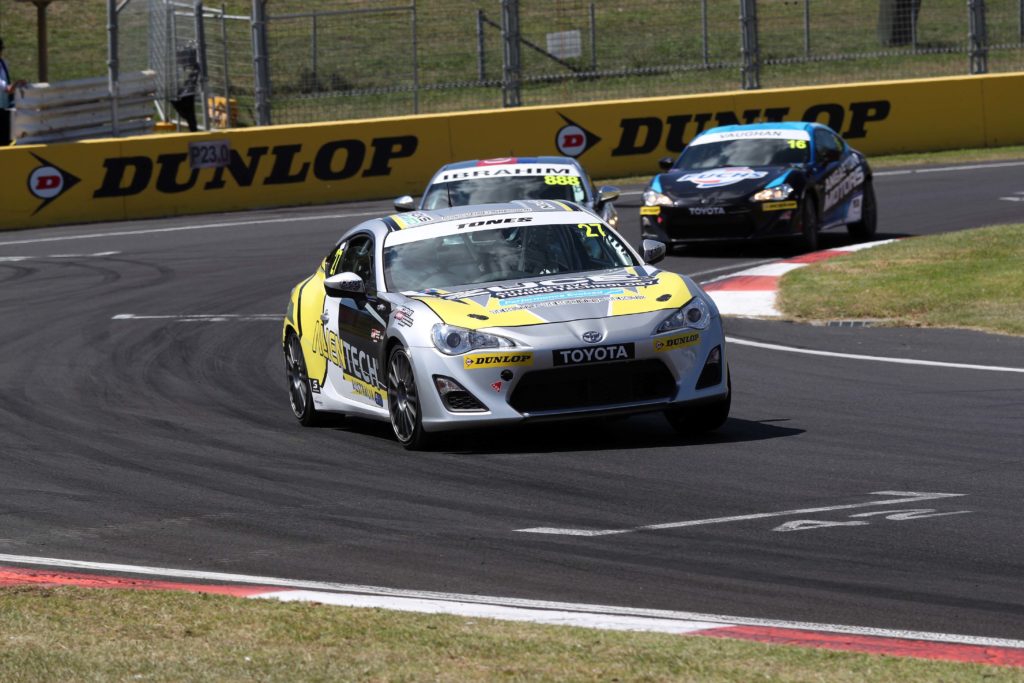 What a weekend... first Bathurst experience! We learnt so much as a team and me as a driver! Each time on the track we got better and better, drove from 26th to 20th in the final.

Over all, considering we lost a lot of practice time due to weather and red and yellow flags, by the end of the weekend Zayd was close to the top runners lap time wise.

We had expected to be closer to the top of the field, but considering the lack of time in the car and time running around the circuit it was acceptable.

The car itself has not yet been pushed to its limit, but Zayd is getting closer.

The results could have been much better but it was a good learning curve for the team and Zayd; when it comes Round 2 at Winton in May we will be ready and expect nothing less than running in the top 15 cars during that weekend.

The Team itself worked really well together; we had to learn some hard lessons about how things run in the series being newbies, but everyone has their head around everything now and are excited for the 2nd round.